The joy of a disgraceful old age 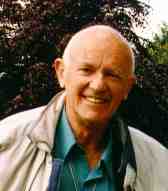 Our ageing population – or the ‘Great Geezer Glut’ as the Americans say – has been much featured in the Press in 2002.  There are now fewer children, with women’s fertility down from 2.4 in the mid ‘70s to 1.6 now, and many more 80-year olds; women’s life expectancy has risen from 50 years a century ago to nearly 80 now.  The pessimists paint a picture of future hospital wards and care homes packed with the frail elderly, with fewer people of working age paying taxes to fund increasing numbers of pensions.

“We used to talk about it being a problem, then a challenge, but now we realise it is an opportunity,” said Sarah Harper, Director of the Oxford Institute of Ageing. Working lives will continue longer and older workers will be properly valued for their greater experience and reliability, instead of being regarded as redundant.  Employers will “have to concentrate on retraining workers rather than getting rid of them and employing younger people” (reported The Observer.   Immigration will help - but immigrants age, too.

There are other changes afoot.  Not only are 60-year-olds doing demanding jobs, often as volunteers, that would have been done by 40-year-olds twenty years ago.  The young are getting younger, too – delaying adult transitions in their lives.  They are staying in education longer, delaying cohabiting, marriage and having children and settling down.

When over half the population is over 50, popular culture, no longer obsessed with youth, will have to adapt to the interests of older people.  With most crimes committed by young people, even crime rates will fall – so fewer prisons!    Increasing longevity also means that ‘extended’ families, with lots of aunts and cousins in evidence, will be less common, and will be replaced by ‘beanpole’ families of many generations.

Whatever the future may bring, change is in the air.  We must hope that our governments prepare for this carefully, rather than just looking forward a few years until the next General Election.  As reported by the BBC’s Libby Purves, one widowed City man wrote of his retirement: “I wasted six months fretting that I was no longer important and respected.  Then it dawned on me that if you aren’t respected, you don’t need to be respectable!”  Now others rejoice that “at last, there is no need to set a good example to one’s children”.   They cackle with unkind mirth when the said children, priggish, harassed and over-responsible, start fretting about how late the wrinklies stay out.