[ Donna's latest book is reviewed in this issue1.  Her picture appears at the foot of this page2]

'Rules of the Game'

Let's take one specific game from the Gamesters' Handbook and follow it through.

Aims - Group interaction, imagination, intellectual exercise, fun, getting to know each other.

Procedure - Form a circle: one person goes out and the others choose a rule.  When the person returns, he or she must find out the rule by asking people questions about themselves.  A good rule to start with is to answer every question as if you were the person on your right.  Players must answer questions honestly, subject to the rules.  For example, another possibility could be for all girls to tell lies and all boys to tell the truth.

Rules can be very hard or very simple, according to age and experience.  Rules can be visual (scratch head before answering), or structural (each answer to begin with the next letter of the alphabet).

Anyone who doesn't feel like joining in is free to say nothing or "I pass".  The only way to get everyone to participate is to allow everyone not to participate.  This applies to all the games: everyone is invited to join in; no one is excluded; and no one is chastised for staying out.  I have always found that if children are free not to participate, then eventually they will want to do so.

In 'Rule of the Game', as in 'Crossed and Uncrossed' and 'The Adverb Game' and others of this genre, everyone knows something except the one who has gone out of the room.  If the leader is effective, then the game will develop such that everyone is supporting the person that is 'it', not keeping him or her guessing as long as possible. One of the primary aims of the game is group co-operation - while one person has been temporarily excluded from the group, that person will soon be 'in' and someone else will be 'out'.

Let's look at another of the more popular games, Fear in a Hat, and take it through various levels of use.

Procedure - Played in a circle.  Everyone (including the leader) to complete this sentence (anonymously): "In this class (or group, or whatever) I am afraid that . . . "  The scraps of paper are then placed in the receptacle in the centre; this is then passed around, stopping at each person who then draws one out and reads it, enlarging on the sentence and trying to express what the person was feeling.

For example: the leader reads the first one and might say: "In this class I am afraid that I will be laughed at . . . (continues) I am afraid to say my feelings because everyone laughs at me, so I never say anything".  This procedure continues around the circle.  Leader must make sure that everyone simply listens and does not comment.  No arguing or comment is allowed.  Then the group discusses what was noticed or discovered.

Although the sentences could be about any subject, such as wishes, hopes, etc., for the sake of describing how the game can be expanded, let us take the case where it actually is fear.

After the first round of the game as described above, a discussion could be started in the group.  Alternatively any of the follow-up activities could be tried:-

Can you really feel that fear now?

Can you induce it in your fantasy?

How do you know when you are afraid:

What bodily changes do you experience?

Which comes first, the awareness in your mind or the bodily changes?

A.  Fantasy scene of your fear.

B.  Monsters in the shape of your own fears.

C.  Masks of your fears, and wear them, and be them.

I want to re-emphasise that although I have had fun with these games socially and professionally, that is not my sole purpose in playing them, nor is it all that they achieve.  I take them very seriously as a powerful and valuable group work tool.

Here are a few examples of the rewards I get from using the games purposefully as a teacher or group leader:

Obviously these are the kinds of things that teachers accomplish using many different methods, notable Drama.  I know that the games are not a panacea, and not the only means to these ends.  But they have been so effective and valuable for me as a teacher that I am willing to do whatever I can to encourage their use.

We Can't Do This

For those of you who have not tried Games and other discovery methods in your teaching, here are 13 ready-made reasons why 'It won't work in my school or group'.

(add seven more of your own)

I'd like to ask you to take a look at the possibility that these are all just considerations that you using to stop yourself trying new things.

Try making a list of 13 reasons why your school or group could benefit from exploring these ideas, or 13 way around your considerations.  And try something . . . anything . . . new in your work tomorrow.

**[Donna drew on her Master's thesis on Using Drama to Enhance Self Concept for this section and added the following footnote to her original article: "In writing this thesis, I taught using the described methods three times a week for twelve weeks in a 'disadvantaged' school in Walker, Newcastle.  Responses on a purpose-designed questionnaire, administered before and after the teaching, showed no improvement in the control group that was not taught this way, and a 30 per cent positive gain in improved self-concept in the group which was so taught for 36 lessons.]

*[This is the concluding half of the article started in our last issue. It was first published in the Bulletin of the Group Relations Training Association (GRTA) in June 1982.  Eleven years later, with Donna Brandes' kind permission, I published an abridged version in the Winter 1993 issue of Groupvine that I was then editing for GRTA.  I have recently, with much pleasure, made contact again with Donna in Perth, Western Australia and look forward to her future collaboration with Nurturing Potential.  (Joe Sinclair - Editor)] 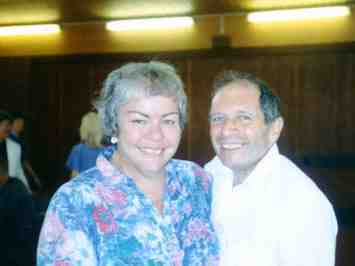